I've heard a lot about the community of iHacks. Apparently, Apple restricts their devices and limits their capabilities. Some people have made it their mission to free their devices and allow them to perform at full potential. Here is how that is accomplished. 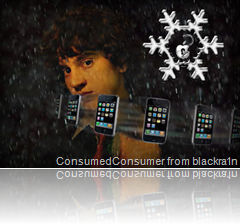 Before discussing the actual jailbreak, we need to understand the version conundrum.

Presently, the latest firmware version for iProducts is 3.2, but that is only available for iPad. The latest version for iPhone and iPod is 3.1.3 (7E18), released February 2, 2010. However, that upgrades the baseband and the current recommendation is to refrain from updating yet if you plan to jailbreak your device. On the other hand, by staying with 3.1.2 (7D11), you are missing the following security updates (3.1.3-secu):

Furthermore, from wikipedia – this applies to all non-MC models:

Device must be jailbroken on 3.1.2 before upgrading using custom 3.1.3 firmware. Note: Apple no longer signs any firmware besides 3.1.3. Only signed firmware can be installed on an iPhone 3GS, which means once it has been upgraded to 3.1.3, it cannot be downgraded to 3.1.2 and hence, cannot be jailbroken. The only exception is if the device's SHSH file has been previously backed up while it was jailbroken. If an iPhone 3GS user upgrades to 3.1.3 without having their SHSH file backed up, it is impossible to jailbreak the device.

In short, upgrading to 3.1.3 is a one-way street. Unless you use Sn0wbreeze.

what is and why jailbreak?

This process is quite demanding technically and you would be voiding your warranty. Furthermore, this may be illegal under DMCA in the USA, though the US Copyright Office has yet to rule on this issue. It thus makes sense to list the reasons why so many people torture themselves with jailbreaking.

Jailbreaking is a process that allows iPhone and iPod Touch users to run any code on their devices, as opposed to only that code authorized by Apple. Once jailbroken, iPhone users are able to download many applications previously unavailable through the App Store via unofficial installers such as Cydia, as well as illegally pirated apps. A jailbroken iPhone or iPod Touch is still able to use and update apps downloaded and purchased from Apple's official App Store.

Jailbreaking is distinct from SIM unlocking, which, once completed, means that the mobile phone will accept any SIM without restriction on, for example, the country or network operator of origin. Jailbreaking, according to Apple, voids Apple's warranty on the device, although this is quickly remedied by restoring the device in iTunes.

Cydia founder Jay Freeman estimates that 8.5% of all iPods and iPhones are jailbroken.

Obviously, the main reason most people jailbreak is to run pirated apps. Some call it “try before you buy”, but that’s not it. Pirating however does not interest me much, as I could find a very large number of free apps on the legal App Store.

b) MOAR APPZ and GAMEZ!

When jailbreaking, you will be able to install applications from other repositories through Cydia, in addition to those approved by Apple. There is nothing illegal in this and in fact some appz in Cydia cost money. You have to keep in mind though that they were most likely not vetted by a rigorous approval process and as such, these apps are more like a lottery: you can win big, or you can lose a lot of time and resources. The following is a list of the applications currently residing in my legit (not-jailbroken) iPhone, all free and legal:

As you can see, I have over 1 GB of apps, but quite a few duplicate functionality, and more than half (especially the games) I have never used. There are even a few R-rated applications; they are just as useless as the other duplicates I have never opened.

I will try to keep this list updated as I add more apps and might even write an article about them, time permitting.

As long as you don’t upgrade to 3.1.3, you can easily go back to the previous “locked” state, regaining your warranty. It is not possible for Apple employees or anyone to tell that you have previously jailbroken your device (shift+Restore, baby!).

Most new functionality comes from new Apps. For instance, you could install the “backgrounder” app which allows you to run more than one application at a time. There is also aircrack (though performance is lagging, as expected), or even an VoIPover3G w/ Mobile Substrate, which allows the use of Skype or fring over 3G (iPhone only).

Another application popular with jailbreakers is Cycorder, which apparently allows video recording with zoom and uploading to YouTube.

You can change every icon and even the boot screen. Categories & folders, quickgold (launcher), backgrounds etc. I will not be exploring this topic as it does not interest me.

You can use ultrasn0w to unlock your iPhone so that you can use it on other cellular networks, with other SIM cards. We will not be exploring this topic here.

In the next episode, we’ll be looking at a few of the actual jailbreaking methods. Until then, you can see below log of a failed jailbreak attempt with the very first redsn0w: